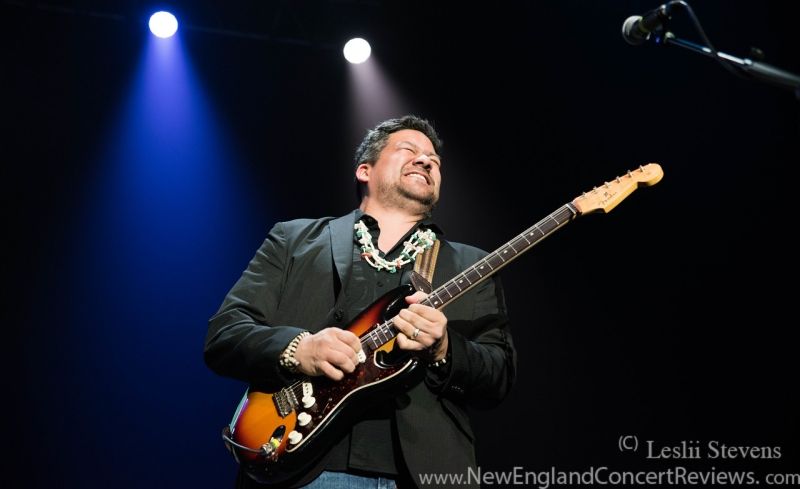 Indigenous: Born and raised on the Yankton Sioux Reservation in South Dakota, Indigenous front man Mato Nanji (Ma-TOE NON-gee) dedicates his latest release Time Is Coming (on Blues Bureau International) to the indigenous youth and all young people on the indigenous reservations. Mato Nanji’s father, the late Greg Zephier, Sr., was an accomplished musician and a member of the musical group, The Vanishing Americans. Mato was exposed to Greg’s vast collection of blues records by legendary artists such as Jimi Hendrix, Stevie Ray Vaughan and B.B. King.  Consequently, Mato embraced and began utilizing his own musical talent at a young age.  With the experience, love and wisdom of their father to guide them, Mato, his brother, sister and cousin formed the band Indigenous while in their late teens. Since then, Mato has carried on the Indigenous sound with a variety of band mates. In addition to his Indigenous ‘day job’, Mato Nanji has been a member of the critically acclaimed Experience Hendrix Tour since 2002.  Playing alongside original Jimi Hendrix band members Billy Cox and the late Mitch Mitchell, the tour roster includes some of today’s blues greats including Buddy Guy, Chris Layton and Tommy Shannon (Double Trouble), Jonny Lang, Kenny Wayne Shepherd, Eric Johnson, and Robert Randolph.