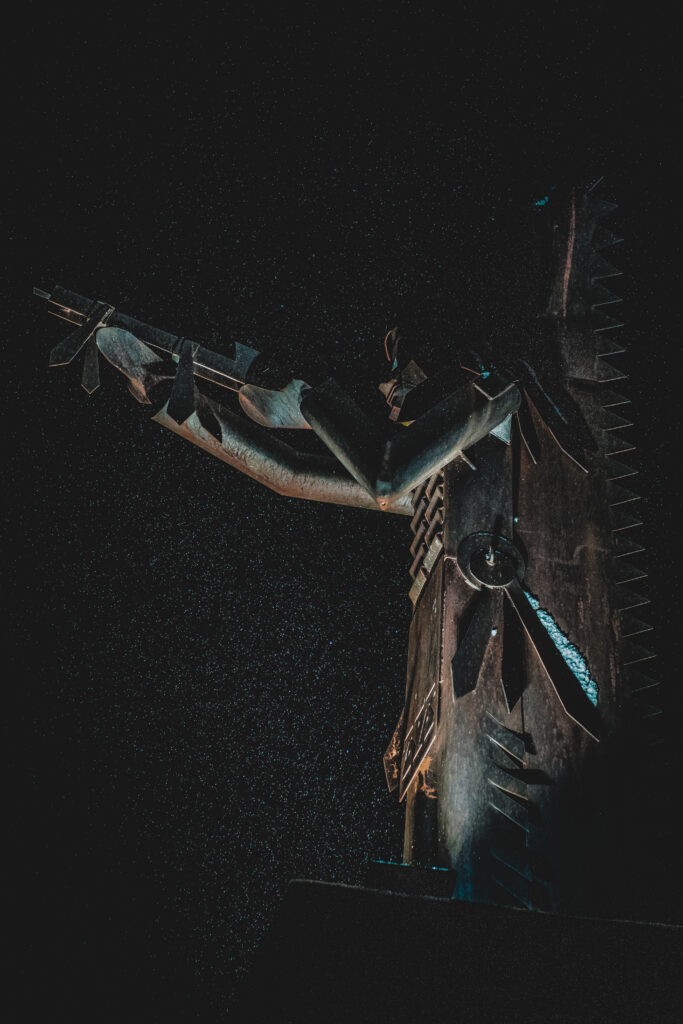 Wambdi Okicize is commonly known as War Eagle. He was born in either Wisconsin or Minnesota around 1785. While his Indian name means “Little Eagle,” whites always referred to him as War Eagle, which is odd because all through his life War Eagle sought to keep peace. He even left his home tribe the Isanti (sometimes referred to as Santee) to avoid a battle as to who was to become chief.

War Eagle served as a riverboat guide or pilot on the upper Mississippi, he worked for the American Fur Company delivering messages, and during the War of 1812 he carried messages for the government. Having spent all this time with the whites greatly affected his view toward these people. He saw them as friends rather than enemies.

After marrying Mazakirawin in Minnesota, he was adopted into the Ihanktonwan or Yankton Sioux around 1830. War Eagle and his wife had seven children, four girls and three boys.

One of the things War Eagle was most proud of was a silver medal he received from the President of the United States, Martin Van Buren in 1837. His family still proudly displays this medal. By this time he had been elected chief of the tribe and been invited to travel to Washington, D.C. with other tribal leaders from around the nation to negotiate peace treaties.

War Eagle was related to the commander of the Vermillion trading fort, William Dickson. Mr. Dickson had married a cousin of War Eagle. War Eagle also had two of his daughters, Dawn and Blazing Cloud marry Theopile Bruguier. Bruguier had been accepted into the Yankton tribe and traveled with War Eagle’s band for several years. He told War Eagle of a dream he had of a beautiful place where two rivers joined together. War Eagle told Bruguier he had been to that place and would show it to him.

Bruguier claimed the land at the confluence of the Sioux and the Missouri river. Here in 1849, he built a cabin and with his two wives began to homestead the land and trade with the Indians. War Eagle and his band visited the area often and stayed in teepees and log cabins located on the property.

In the fall of 1851 War Eagle died. He was buried on top of a bluff overlooking the Missouri River Valley. Along with War Eagle his two daughters Dawn and Blazing Cloud, and several others including grandchildren were buried on this bluff. Today the bluff is part of War Eagle Park and the monument pictured honors the great chief.

War Eagle is best remembered as a person who believed in peace and worked his whole life toward that goal. Because of his leadership among the tribes, the Indians and the whites learned to work together without having to resort to violence.