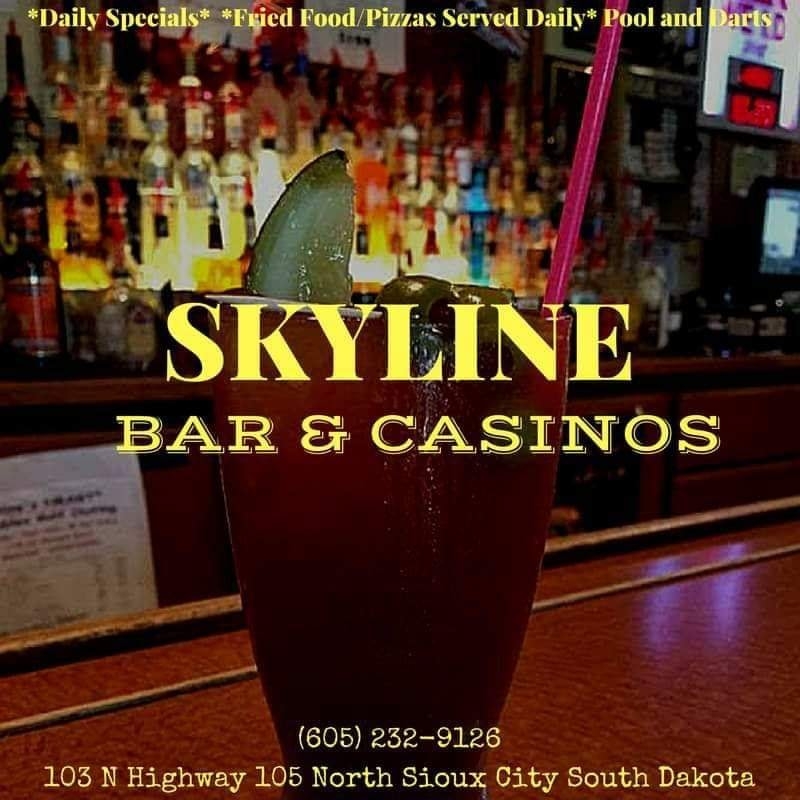 Skyline Bar & Casino’s casino offers you the chance to win big in North Sioux City. Skyline Bar & Casino also offers a wide selection of well-crafted drinks for you to choose from and some of the best bar snacks on this side of the tracks.

On Sept. 23, 1983, Joe & Joanie Christiansen took over the Skyline Bar, purchasing it from Sally & Wally Hart. Joe said to Joanie, “We’ll build up the business and in two years, we’ll sell.” And Joanie said OK. Two years later, things were going better than they expected, so Joe said to Joanie, “In five years, we’ll sell.” And Joanie said OK.
When the fifth year arrived, things were even better, and besides that, they were having fun. Joe didn’t say anything. And that was OK. Being spouses in business together can be challenging, but they endured for 21 years, 11 months, until Joe lost his battle with esophageal cancer in August of 2004. Now Joanie is joined in the business with her daughter, Janelle Hutton. Along with a great staff, they continue to set the pace for what a friendly neighborhood bar should be.
Bar | Craft Drinks
605-232-9126
https://www.facebook.com/Skyline-Bar-...
103 Hwy 105 N, North Sioux City, SD 57049
Go to Top