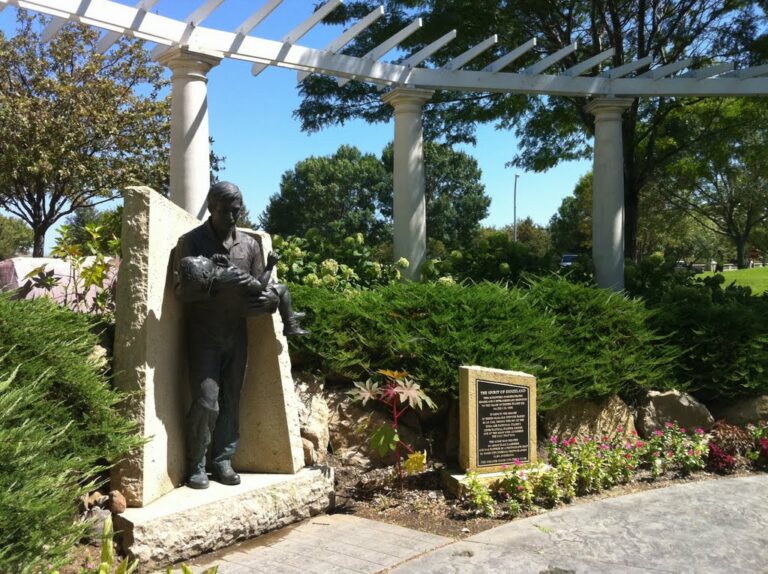 On July 19, 1989, en route from Denver to Philadelphia, United Flight 232 had its number two engine explode. This destroyed all of its hydraulic systems, which should have made the plane impossible to control — but somehow its pilots kept it airborne for 44 minutes, long enough to crash-land at Sioux City’s airport. The right wing tore off and the fuel tanks blew up, but 185 people came out alive. One hard-to-forget image from the crash news coverage is of passengers wandering injured and dazed in a field of corn stalks next to the runway (Or are we thinking of the scene inspired by it in the 1993 film Fearless?). The Flight 232 Memorial commemorates the rescue efforts undertaken by the Sioux City community after the crash. A statue depicts one of the news photos taken that day, of Iowa National Guard Lt. Col. Dennis Nielson carrying a 3-year old child to safety.